I’ve just read the news today on theguardian.com, the title is “49 shot dead in attack on two Christchurch mosques”. It was said that about Forty-nine people have been shot dead and about forty-eight injured in terror attacks. The terrorist targeting Moslems at two mosques. It is happen during on Friday prayers in Christchurch. And I think it is the worst mass shooting in New Zealand’s history cases. And I am getting curious about the court process for tomorrow.

Unfortunately it happened on a peace country. We can say that the country has predicate as one of the most save country in the world.  I think it will bring a serious trauma to the citizen. People may be fear. I think it is take a long time to solve the trauma. Hmm.. Do you know? Even the shooter was on live facebook when he shot, and I think it had a serious mental problems.

You know, allow me to say “innalillahi wainna ilaihi rojiun”, that means, everything is coming from God, and everything will come back to him. We belong to God and to Him we will return. Hopefully God grant them who become victim a paradise and make them as syuhada. the deepest condolence for their family hoping Allah Grant them patient and strengthen their heart. I send my deep condolence for all to be victims. First, I encourage to all people is to not retweet or post video of terrorist’s live. It is about ethics and humanity.

It is Terrorist Attack

I think this is the most cruel terrorist attack in the last decade, especially in New Zealand. The terrorist did it while live streaming on social media. If we look into the background of the terrorist he support and afraid with the islamophobia propaganda. Yes, some of us have lost our humanity and we should prevent their awful thought spreading around us. Actually that I know, Islam is about peace. You have to studying Islam well to know the Islam. Not just from what you heard. Be careful about islamophobia propaganda. The typical of this propaganda in this mean time labeling Islam as terrorist but not for the others. Hey, come on. It is not fair. It’s just make the relationship between people to people more worse.

Some Ways To Avoid

Well, back to the topic. To my perspective, it certainly that the gun man have lost sense of humanity. From this cases, Maybe we can learn something important. First, we can improving the security anywhere and anytime. Second, lets having tolerance at anywhere and anymoment that should be really applied. To avoid many victims, we should be more tolerant and accept any kind of diverse in our society (religion, culture, race, etc.).

For those tragedy especially on moslem attacking, we should spread explanation more what Islam truly is due effect of islamophobia framing by many parties that not responsible. For moslem leader who join in OKI organization, they should make some program to stop propaganda regarding islamophobia. we have to take communication between non and moslem leader in some occasion. We, as moslem, should make  counter explanation regarding the Islam e.g using Al Jazeera channel to report any kind of Islamic in every country. By knowing the true Islam not about Islamic violence hopefully the perspective about islamophobia will fade away.

May I take a conclusion that mass shooting at mosque in Christchurch, it is categorized as Terrorism because it was a serious threat for many people. From this tragedy, We may conclude as well that terrorism is not only labelled in certain religion, groups, or ethnics but also all for those who use unlawful violence and intimidation, especially against civilians. In the end, we should be more careful and be aware about suspicious action around us. Thanks for reading. 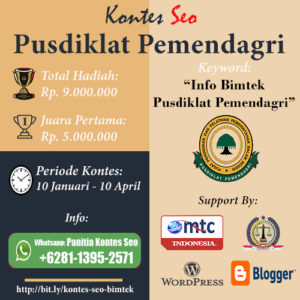